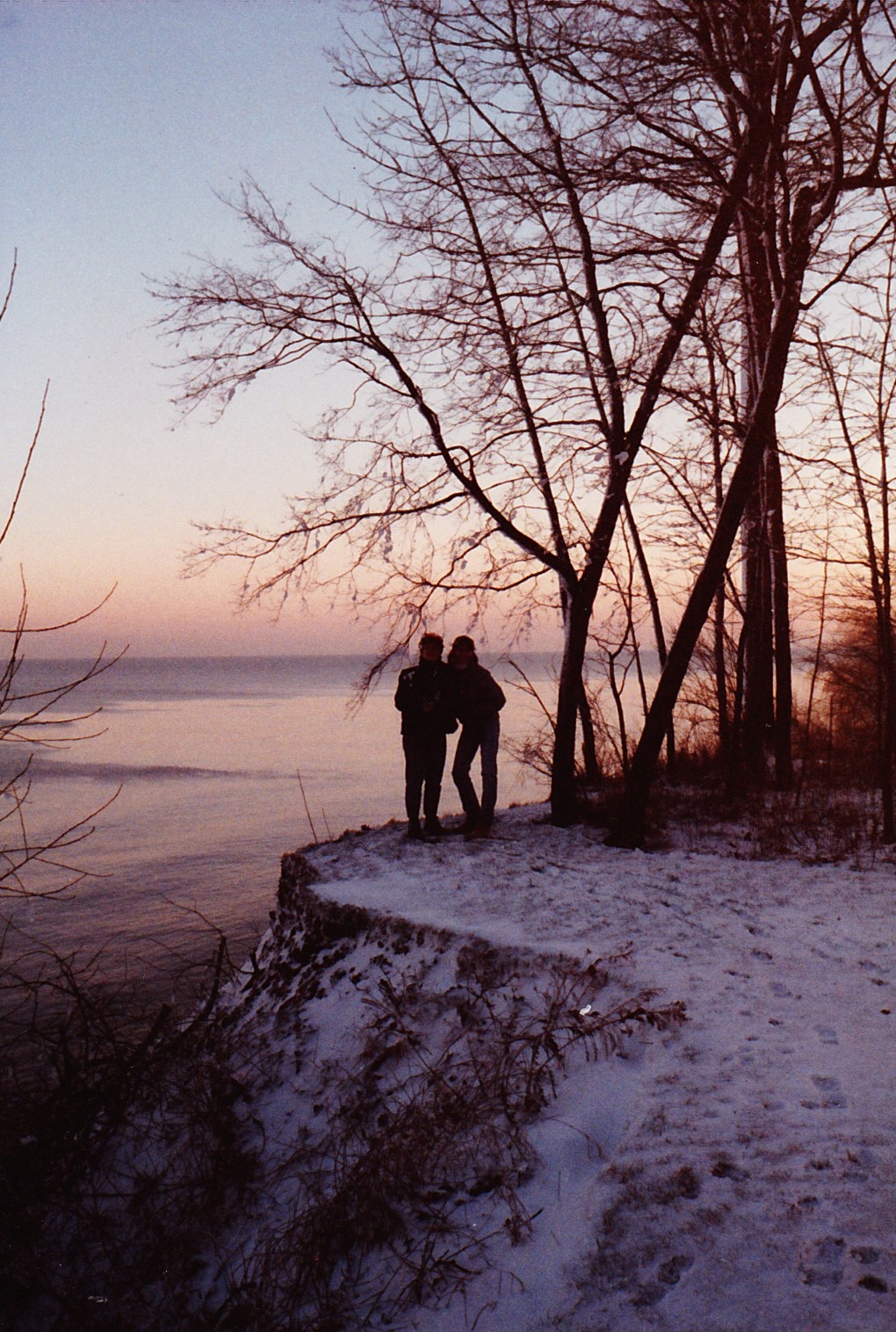 It’s an early spring day in the heartland.

Clumps of stubborn snow and ice,

still dot the sidewalks and lawns.

After the usual sermon of incense and absolution,

followed by stacks of pancakes and sausages,

we know something is up

when Dad drives past our neighborhood,

further and further from home.

until backseat boredom’s about to grow horns.

and a solid white, storybook farm,

Swallowed by the dark of the woods,

the wide, low wagon drifts silently down the road,

flanked by a small, trickling brook,

and long stretches of green.

Everything is covered in a fine, frigid gloom,

including another set of pretty, white buildings

silent and still on this dreary afternoon.

headless and frightening in the fog,

our destination is finally divulged:

I sink further into the wagon’s rear seat,

where the unfriendly neighborhood disappears

and I can see nothing but the thick, dark clouds.

The silence is broken only by the sound of gravel

crunching beneath the wheels of the wagon,

We twist down a long driveway and stop.

So inching my way back up,

I survey at the house.

But even I know what that means.

we file from the car,

and stand in an unhappy cluster in front of the house –

or a new treehouse –

We’re coaxed to a long row of windows

which look through the cold, empty rooms,

where lies a huge expanse of lawn.

Racing to the rear of the house,

we stand the edge of the bluff,

looking out over the grand, Great Lake

right there at our toes.

This decades-long breeder of unsupervised fun.

And, of course, first bongs.

who soon long for home just a few feet away.

Follies of youth are such glorious days.

Until this world begins to erode.

And all begin to scatter.

But, oh, what fertile earth it was

living life in the woods at the edge of the bluff.