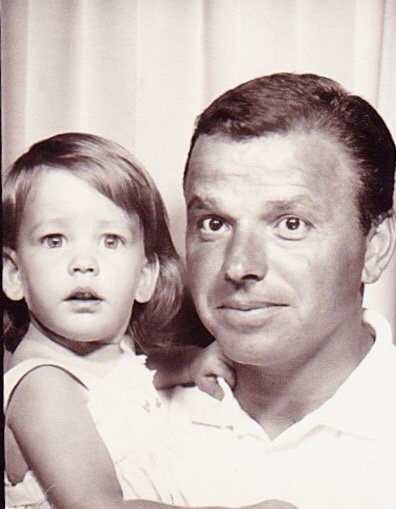 I think the doctor’s last count was seven different incidents – each stroke leaving in its wake a little less Dad. One of the areas of the brain that had been most severely affected was motivation, as was his ability to read and write.

After the last big one, his peripheral vision was also shot, which meant no more driving.

And eventually he lost sight of everything that made him tick, gave him purpose, he was good at.

I watched the frustration in his once playful eyes when things weren’t clicking in his quick and clever mind; and quietly mourned the lengthening shadow that would eventually smother the once strong light, turning his weaknesses upon himself and others; until his needs pummeled Mom and his words became brutal.

By the time we placed Dad in assisted living, the shadow was long and the void, wide. The once powerful figure could no longer focus, spent the days crying and the nights wandering, and missed the toilet.

Conversations were now repetitive communications, driven by a series of questions he’d ask again and again. Always about family, living and dead. Impossible to steer him away from this endless loop because it was all Dad had left to hold on to.

It was the only way he could be more than a figure in the room, struggling for thoughts, for words, for loved ones.

His body remained strong for quite long, but that didn’t surprise anyone. Dad had always been a natural athlete with a small, fleet build and a bold swagger. But eventually his muscles and mind began to atrophy after all those years of sitting.

Doing hours and hours of nothing.

And after a while, his sinewy legs (which had hiked a thousand miles of fairways) twisted weakly beneath him; while cherished faces and times and places steadily stepped into the darkness.

Rare became the instants, during my all-too-brief, long-distance visits, when I saw that certain twinkle that came to his eyes when he was pleased, or about to be funny… or silly, or sweet.

Dad’s wheezy, cartoon dog laughter was something, however, that endured and could happily be summoned to the great relief of everyone hovering uncomfortably in his small room scattered with pictures of loved ones, now mostly strangers.

Rarest was the sound of his powerful, steady, low voice, which throughout my life would sing in my ear when he used my pet name, or make my heart (and feet) leap when he used my middle, “Anne Elizabeth!”

The years had made it weak and weary; a whisper of a voice, ever shaken by unaccountable emotions.

I last heard Dad during a regular Sunday phone call. Jim handed him the receiver and he began to speak. I don’t recall a word of what he said because all I heard was this forgotten voice – strong and clear and compelling – which I hadn’t heard in ages and the instant made me ache for and anxious.

Anxious to hear Dad speak again. But Dad never did.

Yet in that flash, in those few words, he once again was my wings, my warden, my beacon, my banker, my mentor, my tormentor, my knight in shining armor.

And everything felt right.

And I cursed myself for not plucking the ether of that very brief moment and stealing that voice to stuff deep in my pockets, where I’d keep it to remind me of the Dad he used to be.

The dad who’d gather us beneath the covers of their covers on stormy nights, when thunder rolled across Lake Michigan like a mighty wave and lightening set a gnarly, old oak outside their wall of windows afire with its flash of ghostly, silver-blue light.

In our small tent of sheets, with our heads tucked close together, he’d tell us ghost stories – while Mom helped us count the seconds between the lightening and thunder – and make us giggle with gentle tickles, until the storm passed and we were brave enough to return to our beds upstairs.

The dad who’d takes us on Sunday drives to special, secret destinations, inspiring me to seek out my very own adventures.

And who always gave long, strong hugs of immeasurable comfort.

Who, after raising five children excelling in bad behavior, gradually mellowed and raised the white flag in the form of a hanger he’d found in a closet, draped with some stuff we grew on the bluff and planned to smoke later.

Walking into the family room where three-fifths of us were lounging and asking very calmly about what he was holding and its reason for hanging, Dad reached for a bud, gave it a squeeze, and hung the harvest from the nearest lampshade.

“It’s not dry yet,” was all he said before leaving the room and all of us slack-jawed.

Such a dry sense of humor.

But Dad also had a temper that no one liked seeing, when all that charm and good looks disappeared behind a mask of unreason, and I was left angry, helpless and confused about how a man so loving and generous could have such potent demons.

But then I got older and my very own demons got bolder, as most people’s do.

So, the Dad I choose to remember is the one that no matter how mad we’d get at each other, by day’s end, “I love you” were always the last words I heard.

As a powerful presence.

His greatest achievement  – a bountiful life, not only in the hearth, but in the home, until off we flew to foster big dreams and face demons of our own.

So, I’m grateful for the moments I talked to him about nothing, apologized for everything, and thanked him for the lives he set in motion – even though he wouldn’t remember any of it by the time the call was over.

But love is in the giving.

In the moments Dad heard, “I love you.”

So, I’d tell him different stories about our faraway lives, and in between the same questions and his uncontrollable tears, I‘d try to fill his soon forgotten moments with love and laughter.

And long distance hugs of immeasurable strength and comfort.

I am a writer, a mother of two girls, Eva (21) and Sophia (19) and wife to one husband, Kurt. I was mostly a professional writer and editor for 25 years for graphic arts and advertising, for publishers of newspapers, magazines, books, etc.,. Now, I have this blog where I post my creative non-fiction, short stories, a couple of illustrated children's stories and a comedy I wrote about two years I spent teaching English in rural Japan (NOT a story for a child.). I also have a shop on Etsy called ChannelingNonna where I’m selling the many vintage treasures I’ve collected over the years and continue to hunt down at thrift stores and yard sales. View all posts by Anne Celano Frohna